Making of: Marketing images for Ding

Last summer, we'd been using an unpolished beta version of Ding for about half a year. One evening we discussed the way forward with our board members @johanhal and @geirarne, and agreed to set a hard date for a proper launch. Johan suggested to book a podcast sponsorship to make sure we couldn't escape the date, so we sent some emails right away to investigate this. A few beers later, we'd booked two sponsorships (ATP & The Talk Show) worth of $5,000. If there was nothing to promote at the end of September, we’d flush five grand down the drain.

The next two months were spent on finishing our current client work, and the first two weeks of September on revamping the UI, finishing up the iOS app and getting the payment sorted. But little had been done on the landing page — the place where we actually sold our product. We'd long planned to shoot some custom images for it, and there was now only one week left.

I called my buddy Øystein Moe in Helmet. He's a cinematographer with a brilliant eye, and they had the equipment and studio space required for this. I made a quick sketch of what we were aiming for, and he agreed to help me out. There wasn't any time to lose, so I hopped on the train to Trondheim the same night.

After arriving the next morning, I met up with Øystein and Stian Eriksen and got to work. Since we were creating the workspace of a creative freelancer, I'd brought a few office props with me: An 11" Macbook Air, some Offscreen magazines, a couple of pens and a sketchbook. We needed more to be able to experiment with the office setup, so we hopped in the Helmet-van and drove around Trondheim to see what we could find. After three hours, we'd gathered a shitload of stuff:

All the expensive stuff was borrowed. I'm pretty sure people underestimate how easy it is to borrow stuff for a photo shoot or a film. Not one of the stores we visited said no — which I'm really grateful for — though we had to use all our boyish charm to get hold of the driftwood table. It was part of the storefront, and a pretty significant piece of the store. 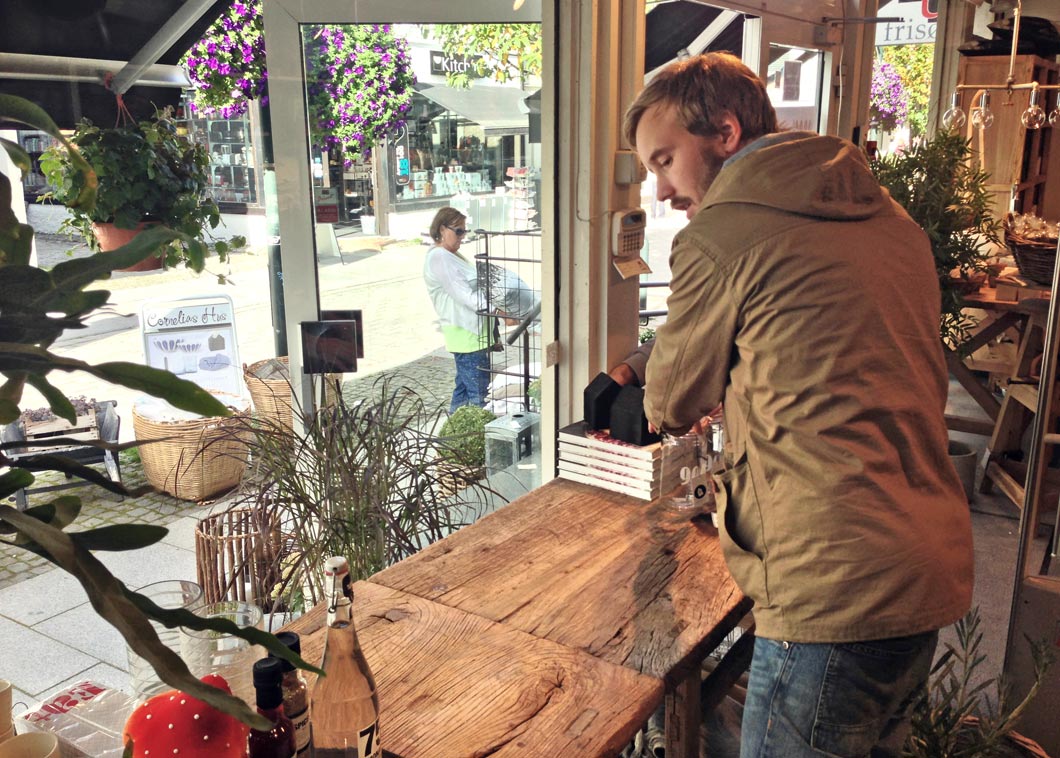 I don't know why there was a bed setup in the back of the van, but it proved useful for protecting the table while driving. 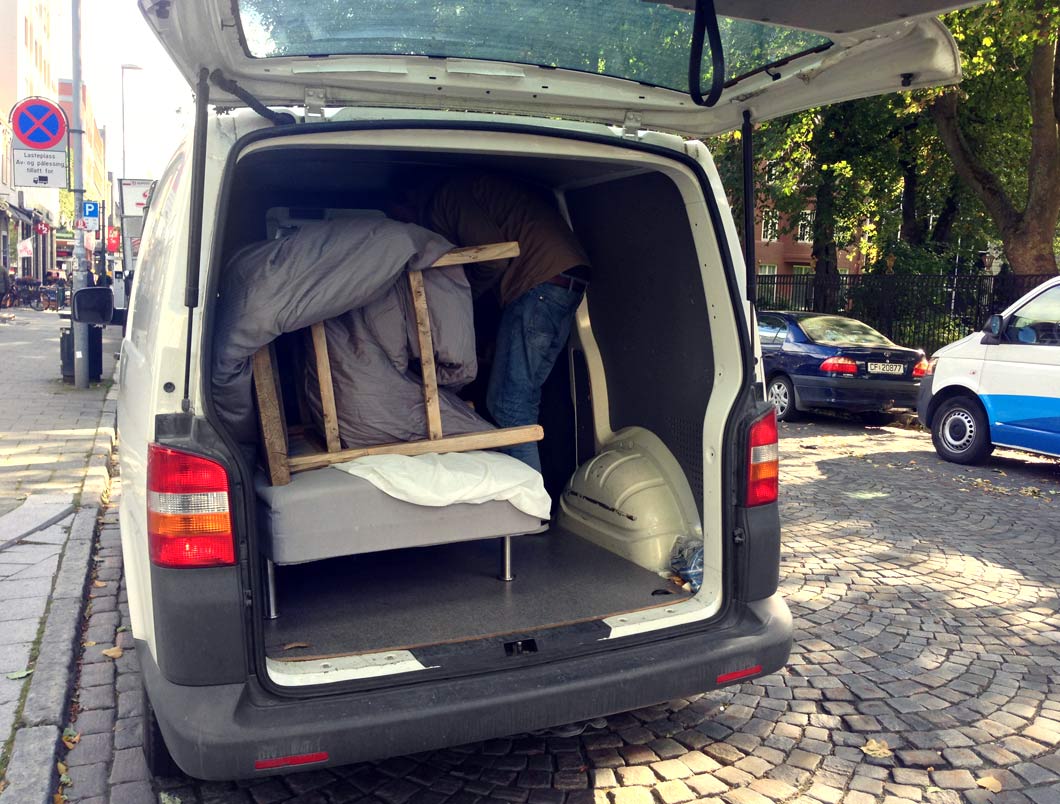 We built a temporary studio in the middle of the Helmet office, with a Red Epic on a tripod, their studio lights above the table, and a TV to live-preview the end result. 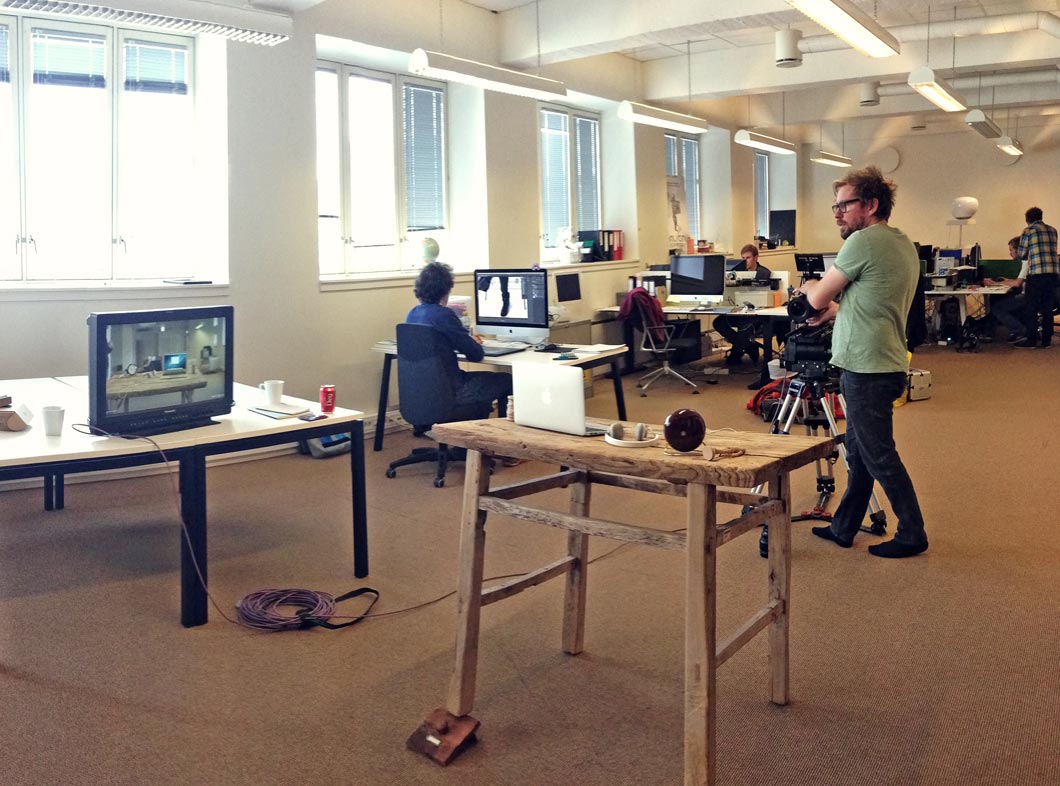 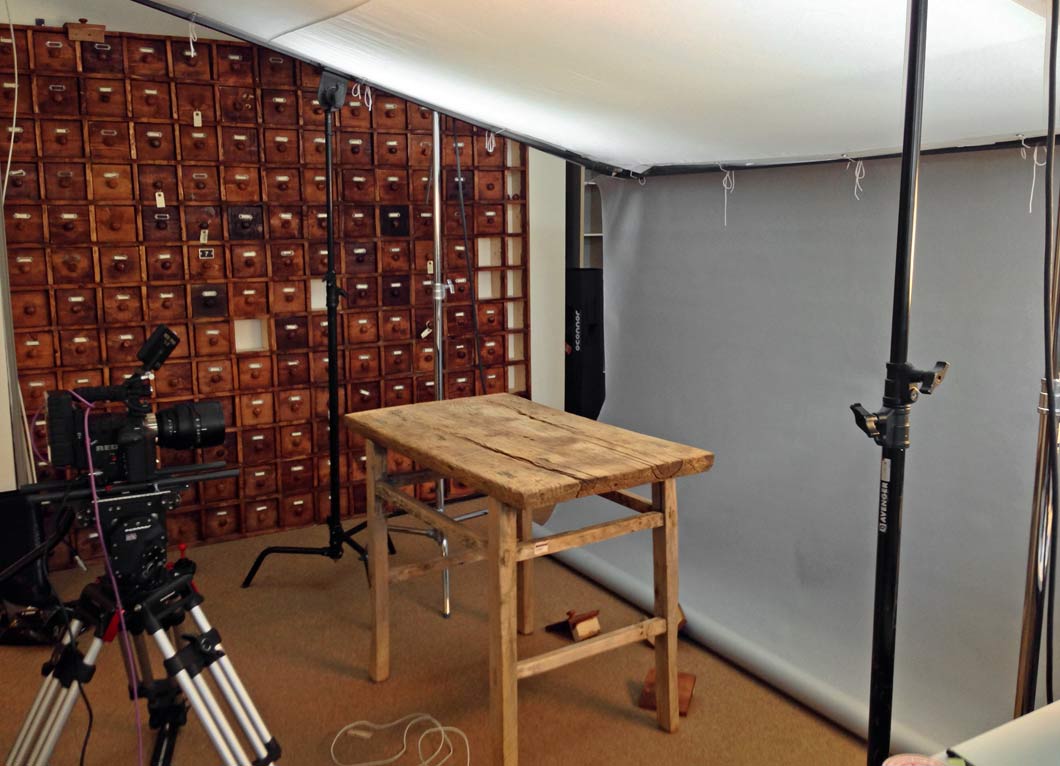 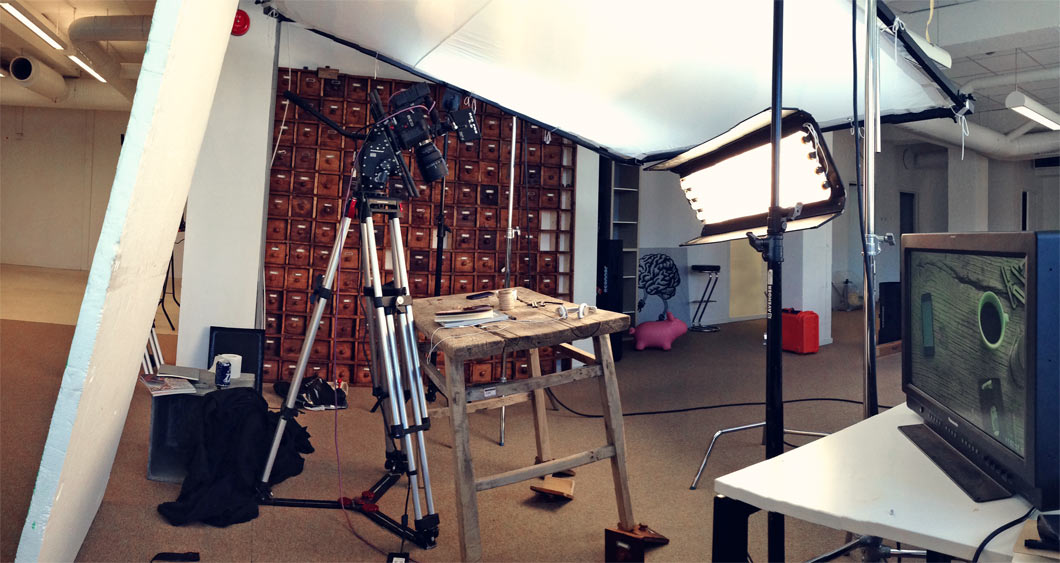 I wasn't sure about using the Epic at first, since we could've pushed the quality and resolution even further with an SLR. But since Øystein and Stian had more experience with the Epic, we didn't want to risk fumbling around with the equipment during the limited time we had. In retrospect, this seems like a wise choice, and 4800x2700 pixels turned out to be sufficient.

We went on for hours, and tried all kinds of different setups. Here's the moneyshot:

...and here's how the raw version looked: 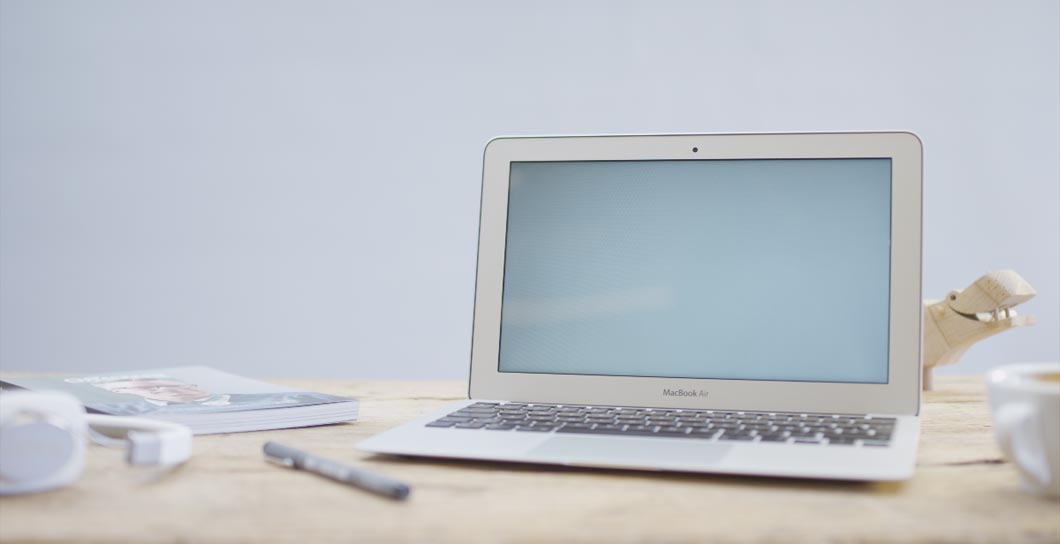 A few other untreated ones: 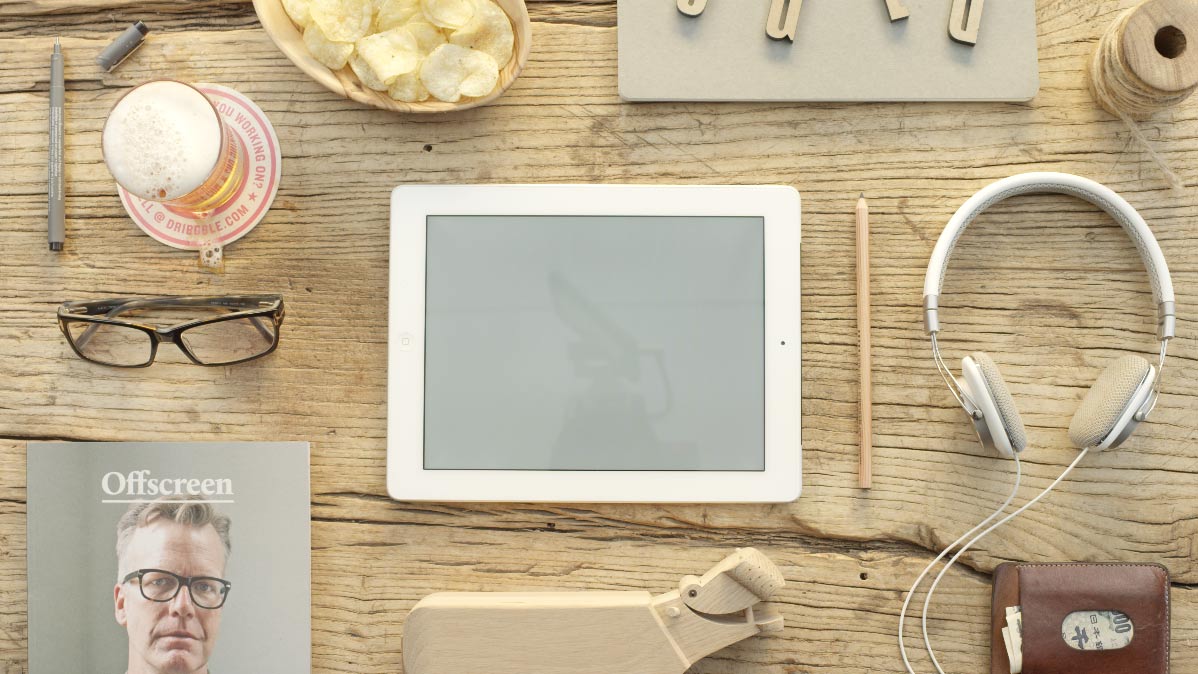 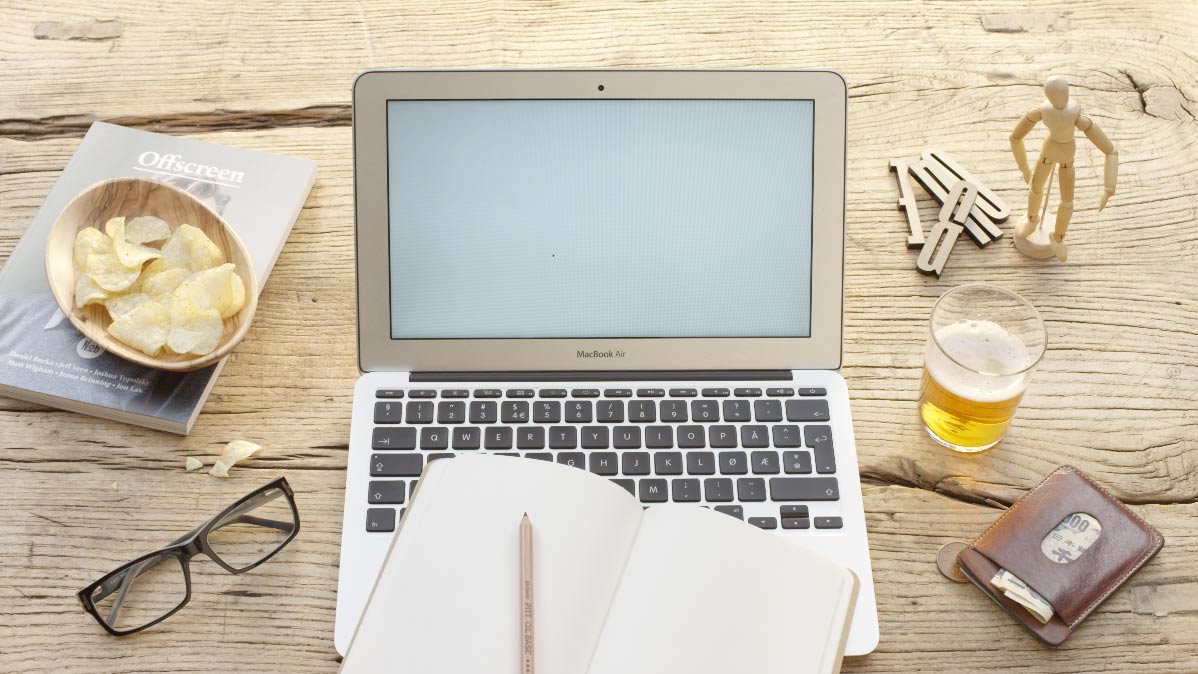 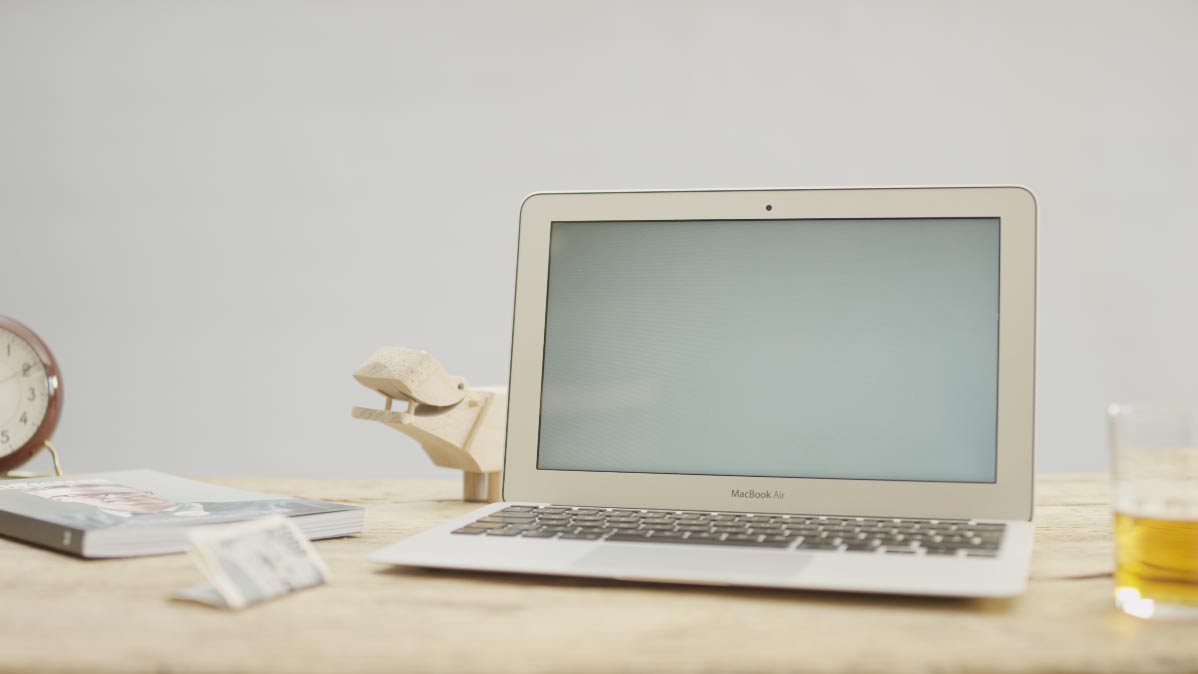 Looking back, there's a few tricks that proved useful:

I'll save the Photoshop process for a future blog post.